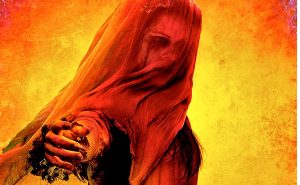 Every good urban legend, particularly the nasty ones with teeth, claws and a bit of ectoplasm, have a couple of things in common:

“I heard it from a friend of my third cousin, who spoke Spanish and not a lick of English while they were in a New Year’s party… She in turn heard it from her blind mother in law… Of course, it’s legit!”

With that said and taken into account, let’s delve dig into Hollering Creek.

Unless you’ve been living under a rock, you’ve heard the legend of La Llorona.

The tale has been repeated multiple times in various mediums. From films set in The Conjuring Universe to the pilot episode of the long live thriller series, Supernatural. La Llorona has easily become a member of the supernatural pantheon of urban legends. It’s standing right there with The Chupacabra, the killer’s phone call from inside the house, the rock star with a predilection for gerbils up his… Well, you get the picture; let’s keep this PG.

Picture it, you’re walking or driving down a dark road one evening, it’s starting to rain – or not, maybe it’s just foggy. But the weather is acting like it needs anti-psychotics – your headlights or eyes catch a figure along the sideroad. A woman dazed, her belly and whole body heaving, her garments soaked. You stop and slowly approach her and from a few meters back you notice she’s crying – not only crying but having a full out panic-attack – waterworks turned up to eleven. You call out to her, she turns and screams:

Then, while you get Siri to translate that rambling – AT&T has horrible reception in the midst of a supernatural free-for-all – the dame vanishes. Puff!

The lore is sketchy at best as it’s not really sure what happened to the Llorona’s kids. Some tellings say she drowned them after coming home and finding her husband doing the beast with two backs with some other woman. Other tellings maintain that she was washing her clothes in a river when something, quite possibly a crocodile, came up and snatched her kids. And the most lurid description asserts that the Llorona was the victim of frontier mayhem. One day, while her husband was out, a couple of desperados barged into her home, violently raped her and later murdered her; hanging her battered body by an oak outside. The same outlaws then kidnapped her children.

There are dozens of origins of for stories concerning the Llorona. 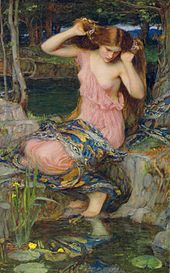 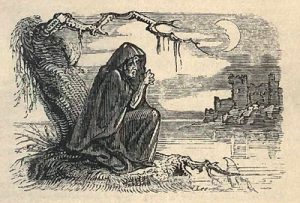 The Story fits the list and checks off all the boxes for a great Urban Tale. Vague? Check! Mass Produced? Check! Compelling simple story? Check!

Dozens upon dozens of folks have witnessed La Llorona on this small swath of land. Every-so-often, without rhyme or reason, they see a beautiful waif of a girl balling her eyes out by the side of the road.

“I’ve personally witnessed her a couple of times. My headlights catching her right before I make my exit. Eerie as hell. The first couple of times I thought they were shooting a film or something, just didn’t see the cameras. Then I thought I was hallucinating. Turns out, when I went on the web, that the place is a hotspot for that one ghost.”

The locals, through stories passed down from one generation to the next, claim that this is the very spot where the overall legend of the Llorona originated. This is, to put it bluntly, patient zero. This is where the tale really spread out.

The potboiler, chronicle, and tragedy of the Llorona, according to generational retellings goes like this:

The Llorona was in fact a local native girl. She was a part of the Payaya people – the band of indigenous people that inhabited the area around the San Antonio River. The Payaya were some of the first natives who befriended Franciscan priest Antonio de Olivares. They were also some of the first natives to join the San Antonio de Valero Mission in 1718 – what would later be called the Alamo Mission. Most of the Payayas died in the latter half of the 18th century on account of infectious diseases brought in from Europe. 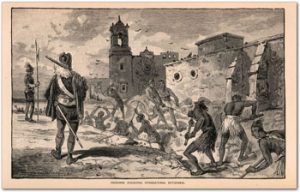 The Llorona was one of the survivors of these outbreaks. She later went and had an on-again-off-again relationship with a married Spaniard. This affair led to her having two kids. By the end of the 18th century, the mission was all but abandoned and the Spaniard had long ago flown the coop. She was left heartbroken and alone.

Also, by this period Teodoro de Croix had begun to take actions to decrease the mission’s and Indian’s influence in the land. He ruled that all unbranded cattle belonged to the government and slowly started making life a living hell for the Payayas. This new decree meant that local tribes lost a great deal of wealth and were unable to support themselves. Poverty hit like a sledgehammer in the area.

No one knows what or who ended up killing the small Payaya girl. Some accounts say that a raiding band of Apache warriors were to blame. Others tell of savage bandits that needed a place to stay. A few historians claim that it was starvation and famine that did her in.

“Don’t know what killed her and her kin… But she’s out there. Restless and depressed and sometimes pissed as hell.”