On October 27, 1858, the human species evolved. In a wild tangent of Homo Sapien, a mutant gene attacked the genome of a gestating child and when that spawn sprung forth from his mother’s womb the children of the atom made a triumphant entrance onto the world stage. This X-Men, this Wolverine, would then grow up to become an exuberant personality with a vast range of interests and a well defined “cowboy” persona… the superior man would ooze robust masculinity. In 1901, Wolverine went and became the 26th President of The United States. His secret identity: Theodore Roosevelt Jr.

I’m I going on a tangent? Yes! Is it worth your time and effort? Yes! Why? Because Teddy Roosevelt Rocks!

There’s a logistical game that is played at every philosophical university in the country, and it goes like this…

Well, Bruce Wayne ups the ante on that diatribe and says:

“I’m Batman… But if I could be anyone, I’d be Teddy Roosevelt…”

Superman once heard the mantra and approved the logistical leap.

See, Teddy Roosevelt is such a badass that I had to mesh two competing superhero/comic companies in order to illustrate his nature, and I still came out short. He’s Chuck Norris times a hundred. If Death ever stumbled onto Teddy at the prime of his life, the Grim Reaper would have handed the man its lunch money and begged for its mother.

Now, what does any of this have to do with Freeman Coliseum?

Simple, this the place is where that hard-as-nails SOB trained his Rough Riders. Now, more than a hundred years after that elite troop of badasses charged up San Juan, their spirits still haunt the spot. Most likely on account that none want to skip up to heaven and meet up with their old platoon leader.

“Let’s stick around for a bit. Why? Cause Teddy still scares the ever-living daylights out of me. You explain how we allowed something like dying to stop us in our tracks.”

The History of The Freeman Coliseum.

The Freeman is nothing short of a Swiss Army knife, stick everything under the same roof, a venue located in San Antonio, Texas. It has served as the go-to spot for absolutely everything in that area that needs space and square footage to herd in crowds and keep them from meshing into one gelatinous blob on account of skin contact. Concerts, trade shows, motor-sports, circus, gun shows, bull-riding, rodeos, basketball, hockey, boxing, wrestling, John Mayer on an acoustic making gooey eyes at the co-eds, NBA games, stock shows, Comic-Cons and just about everything you can imagine has once called the Freeman Coliseum its home.

“We’ve had rodeos and cow auctions, mostly when San Antonio was a cattle-based economy and even Elvis… The Freeman is stable in San Antonio.”

It was the largest indoor arena in the San Antonio region until HemisFair Arena opened in 1968. And, proving once more that Natural Selection is a thing and not just an imaginary force, when HemisFair went belly up, Freeman brokered a deal with the city of San Antonio and gobbled up that Arena’s infrastructure and added it to its frame; the Colesium was given an extreme makeover thanks to the discarded parts of its dead competitor.

You can trace the site’s dramatic and oftentimes dynamic history way before it opened its door in 1949. On the spot where the Freeman now stands, the US government had one of its most hectic Army Bases. The Freeman blossomed from the soil that once belonged to Fort Sam Houston Army Base. To be more exact, it was an extension of the base.

Since its inception and way before The Freeman was even a twinkle in its developer’s eye, the place was a rock and rolling spot. 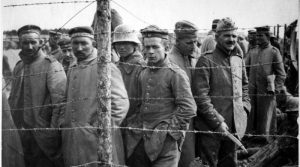 For over a century the Freeman and what stood before it hogged the limelight and was, in fact, San Antonio’s premier venue for all its big-league shindigs… That is until 2003. In 2003, the fancier SBC Center (Now the AT&T Center), opened up its doors next door to the Freeman and relegated that powerhouse to the shadows. To hosting second-tier shows. Over time it lost its glamour and started looking a bit worn out; shabby, messy and with a need for a couple of fresh coats of paint.

The Hauntings At The Freeman.

The Freeman has had thousands of bizarre circumstances and supernatural phenomena on which to hang its coat on. The place is a madhouse of specter and wraiths, and none are rather shy. It’s ghostly residences constantly want to display their fangs. It is a place mired in history and, as the whole POW thing and its military past can attest to, not all that history is happy-go-lucky in nature.

One of the most comprehensive accounts of the Ghostly Bombarded this place seems to fall under nightly, comes from Barry Klinge and his brother Brad – founders of the ghost investigation group Everyday Paranormal and part-time stars of Discovery Channel’s “Ghost Lab”.

A couple of years back (2011), along with Kathy Passero, the duo published “Chasing Ghosts, Texas Style: On the Road with Everyday Paranormal.”

In this personal book, part biography, they reserved a whole chapter to the Freeman, and more importantly to their investigation of the place. Brad Klinge particularly had skin in the supernatural game because the man used to be a Zamboni driver for Iguana hockey games at the Freeman.

“The Freeman is on East Houston Street… a neighborhood where you would not want to be stranded late at night. Being there alone gave you a creepy feeling. The place was cavernous, hollow, and felt acutely empty when you were there by yourself.”

Here are some of the events the brothers managed to collect during their time at the Freeman. A checklist of sorts of the specters and devils that haunt the space.

“We also caught one of the creepiest EVPs any of us had ever heard… Brad was kidding around, saying things like ‘Ooooo, all these stories about the Freeman Coliseum being haunted. Yeah right. I’m so scared. You know what? I’m not buying it. I think it’s all BS?. It was probably the first time we had ever tried what’s known in the field as ‘provoking’. As if to answer Brad’s snide commentary, the recording revealed a long, deep-throated, crackling laughter – a sort of demonic ‘HAHAHAHAHAHA'”.

The folks who work at the Freeman are more than aware of the strange ambiance and nature of the place. They chalk all the weird and incredibly strange things that happen to them on a daily basis as:

“Sure, weird s&5T happens here pretty often, what are you suppose to do? You have to work so you deal with.”